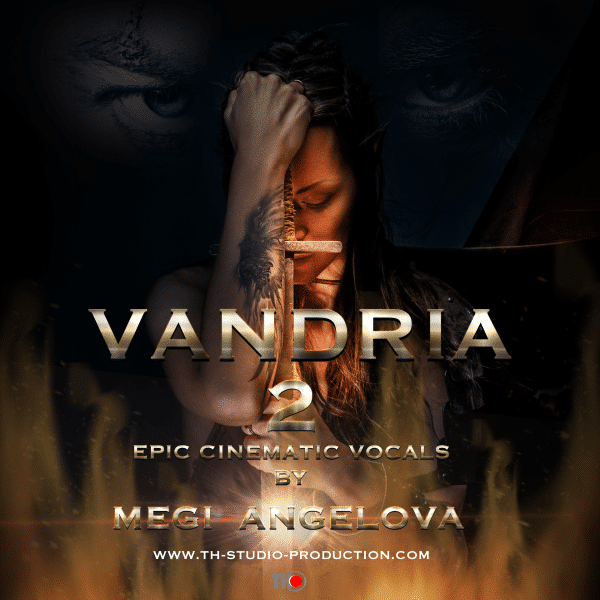 “As long as you can remember, the call of adventure has reverberated deep within your soul. Now you are here, ready to go where only the foolhardy and the mad dare tread” – Genosha: The Corvian Pale

Born in Bulgaria, Megi Angelova is a singer/songwriter based in London, UK. Coming from a background of musicians and artists she always has been fascinated by art and music which inspires her to look beyond the frames and to experiment with different styles of music, vocals, lyrics, musical instruments and sound effects.

Who is Vandria? – The Story unfolds

Vandria Gilmadrith is the elven goddess of vigilance, grief, and war. She is depicted as a middle-aged female high elf with a pair of feathered, steel-grey wings sprouting from her back and she typically wears a suit of elven chainmail that gleams with radiant light, and she wears an ornate silver helmet without a visor on her head. She carries a longsword and longbow when entering battle.

In her youth, Vandria was as carefree and gleeful as many other members of the Seldarine. She was one of three children of Corellon Larethian and Araushnee, and behaved much the same as the rest of the elven pantheon.
However, when her mother revealed her treacherous nature and attack Arvandor, unlike her siblings, Vandria didn’t become a pawn of her mother’s plans, but instead rose up against her mother, gathering forces to protect her fellow elven gods loyal to her father.
As Araushnee was cast into the Abyss for her actions, Vandria was the only one of her children not sent with her to make up the Dark Seldarine. Vandria instead found herself forever changed by the carnage performed by her mother and dedicated herself to aiding her people for the inevitable times of hardship and strife they would come to face.
“An Elf’s promise is more solid and dependable than the rock of the ages.”… – Elf Quote, page 13-14

Vandria could feel every bloody wound and death experienced by elves engaged in armed conflict, along with the grief of their loved ones.
She is unique among the Elven gods as being the only lawfully aligned deity. For this reason during times of peace she usually has fewer followers however when the Elves go to war en masse they turn to her for help and guidance.
Vandria’s greatest priority was preventing wars or, when was inevitable, shortening them. She represented the elven ability to harden their carefree nature and band together during times of strife.
Vandria Gilmadrith originates from the “Setting Neutral” sourcebook “Races of the Wild” for the 3.5th edition of Dungeons & Dragons, Published in February 2005. The sourcebook focuses on elves, Halflings, Raptorans, and other denizens of the wild.

There are no reviews yet.

Be the first to review “VANDRIA 2 – NEW DAWN” Cancel reply