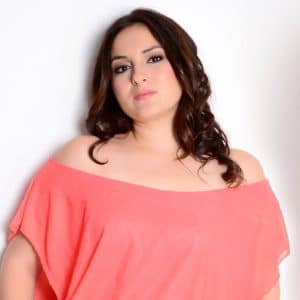 Born in Bulgaria, Megi Angelova is a singer/songwriter based in London,UK. Coming from a background of musicians and artists she always has been fascinated by art and music which inspires her to look beyond the frames and to experiment with different styles of music, vocals, lyrics, musical instruments and sound effects .

Vandria Gilmadrith was a daughter of the initial union between the ruler of all elves, Corellon Larthian, and the dark elven goddess, Araushnee, prior to her betrayal of and then banishment from the Seldarine.

She was the Seldarine goddess or war, grief, guardianship, justice, vigilance and decision. Elven patron saint of war hammers.

Vandria is unique among the Seldarine as being the only one deity of Warlderia with a lawful alignment. For that reason, during times of peace she usually has fewer followers among the elves than among other races. When the elves go to war en masse, however, they turn to her for help and guidance.

Vandria could feel every bloody wound and death experienced by elves engaged in armed conflict, along with the grief of their loved ones.

Her greatest priority was preventing wars or, when war was inevitable, shortening them. She represented the elven ability to harden their carefree nature and band together during times of strife.

Vandria Gilmadrith originates from the “Setting Neutral” sourcebook “Races of the Wild” for the 3.5th edition of Dungeons & Dragons, Published in February 2005. The sourcebook focuses on elves, halflings, raptorans, and other denizens of the wild.